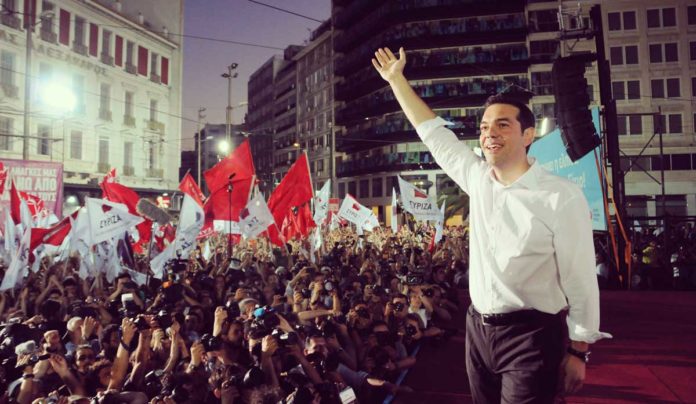 We congratulate your success in elections by hearth. On your behalf, we congratulate your party Syriza and the Greek proletarian. The hope that has flowered in Greece has led to the emergence of a profound excitement and joy on our part.

The economic downfall and indebts, for whose emergence the Greek peoples, proletarian and people in poverty had no responsibility at all, have been causing indefinable sorrows in your country.

The impositions of the TROIKA which is composed of IMF, European Central Bank and EU Commission and whose impositions we also know very well from close, have put your people under pressure for some time on. By showing the indebts as an excuse, they imposed the austerity policies of on your people relentlessly.

By your election success, you as the proletarian and the people of Greece have declared to the Greek capital, TROIKA and to the world that things can no more go in this way.
We know that your election success aims to redirect the negative ongoing of things, which we’ve been through for some time on, to a new future of liberty and equality. This success has opened a new window of hope for our region and the other peoples of Europe.

Now, you are standing on the verge of a harder process. The national and international capital will become more aggressive as they will see that their power that has been established on your people’s labor, poverty and sorrow is shaking. Your party is the hope of Greek proletarian and subordinated ones in Greek. In order to distract your party from its goals, the bourgeois will use its 500 years-old experience in power till the last minute. But we are sure that you will be able to cope with the attacks of the capital as you did so far and will continue your walk towards liberty and equality with the Greek proletarian and subordinated people on your side. Because you won this success not only in the ballot box, but also and primarily on the streets.

To overcome all of these difficulties, imperialist pressures, trips and proactive pressures, besides your tradition of resistance and the struggle power of your people, you will find our internationalist revolutionary solidarity and support on your side.

We will demolish the sultanate of the capital and subordination of the dominant in our geography together, hand in hand.

Çipras, dear comrade,
We regard your success as our own and we salute you and your people with love and friendship,